Touring the battlefields of the Somme

Today’s trip was a sombre reminder of the men who fought bravely and who died during World War 1 fighting off the Germans for the French. The battlefields of the Somme are a stark reminder of how brave were the Australians and how tactically through Lt General John Monash they managed to fend off the Germans. And the French are forever grateful. The beautiful church at Amiens and the monuments that have been erected throughout the region are in memory of the Australian battalions who fought to protect France on the borders of Belgium. Even though these small towns were destroyed during these fierce battles the Australians, alongside the Canadian troops, saved these important strongholds from German invasion. Our guide was a font of knowledge and was passionate in her defence of and admiration for the Australian fighting spirit. It was a fantastic reminder of how these brave young men (some as young as 18 years old) fought and died for their allies in the French. As I said earlier the French will never forget this bravery and their are tributes and memorials everywhere as a constant reminder. 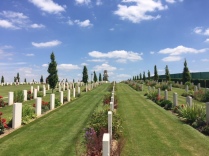 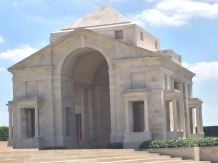 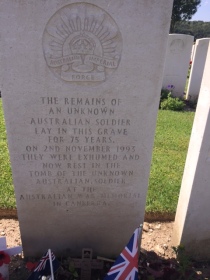 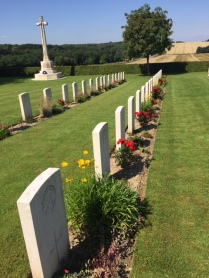